The FBT 110 is designed for the mechanical inspection and testing of lubricants under extreme loads and speeds according to international testing standards.

Later on, the FBT was continuously developed by HANSA PRESS in accordance to the test standard.

Meanwhile, the FBT-110 has a control, which is based on Windows CE 5.0.
Due to the 4 options offered, a very comprehensive data acquisition has become possible, which can be evaluated via an Ethernet or USB interface.

Description of the procedure:

The lubricant is tested in a four-ball system consisting of a standardized rotating ball (running ball) under selectable loads (Test forces) on three equal balls (stationary balls) slides. The test load and speed can be selected according to the requirements of various standard tests.

The FBT-110 is widely used in the lubricant industry for product development and quality
control.

Furthermore, the FBT-100 of HANSA PRESS is the ultimate Four-Ball-Tester, which
developed the most adaptions and testing standards, for more than the last 60 years.

The Four-ball-Tester impresses with its technically clear concept and distinguishes itself by the following advantages:

The reproducibility of the tests is excellent due to the high manufacturing accuracy of the device, as well as the standardized test specimens.

For a complete series of tests, only small amounts of the lubricant are necessary.

The clear design of the FBT-110 allows a quick and safe work. 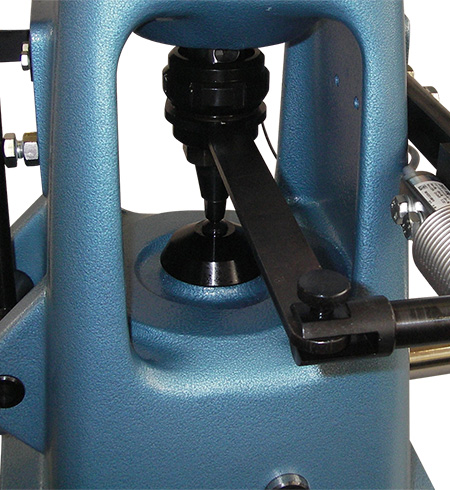 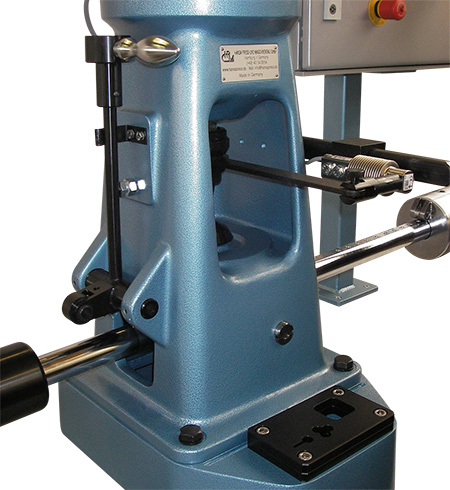 FBT-110 Side view with options